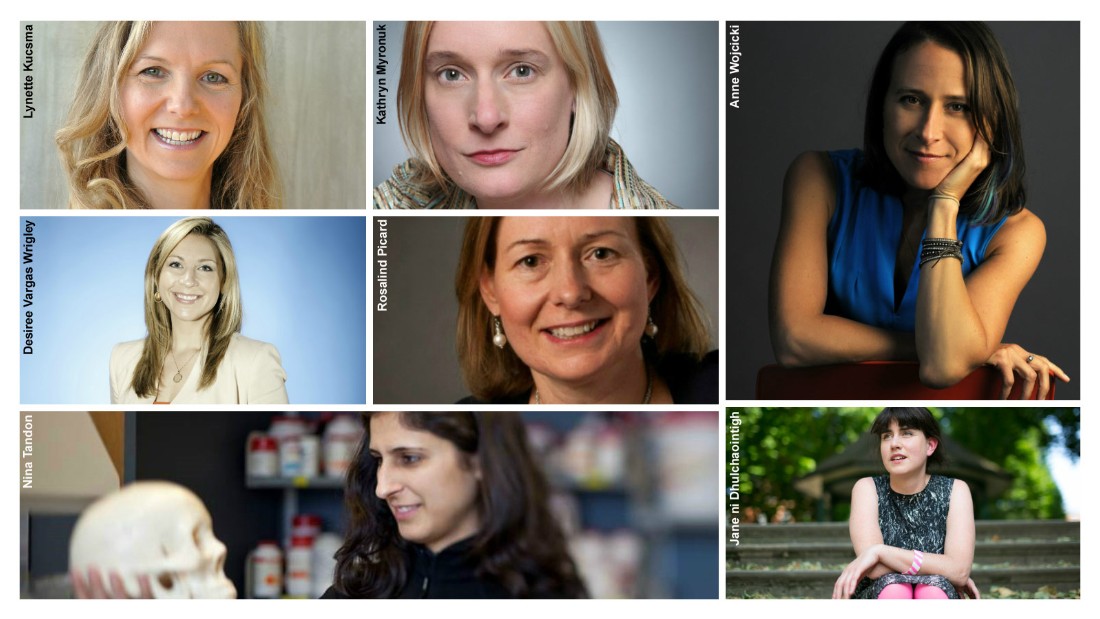 If anyone was going to create a time machine that could tell us the big tech inventions of 2015, it's these women.

From a super strong moldable glue, to 3D food printers, and laboratories growing human bones, these are the big ideas from some of science's brightest minds.

These seven "tech superheroes" are set to have a major impact on our lives in the next 12 months, according to Shivvy Jervis, creator and presenter of innovation series, Digital Futures.

Why it matters: The prime purpose of this nifty device isn't merely to tell us when we're feeling irked. It is aimed at those with epilepsy by helping detect convulsive seizures.

2. The social cause defender
Who: Desiree Vargas Wrigley, co-founder and CEO of crowdfunding medical platform, Giveforward.

Big idea: A website dedicated to crowdsourcing medical expenses which has so far raised over $100 million. The money goes towards things such as travel for medical treatment, equipment, "bucket lists" for terminal illness, and funeral costs.

Why it matters: It opens up the power of the masses to those who desperately need funding for critical medical treatment.

Big idea: A moldable glue, called "Sugru," that sticks to anything from glass to wood, and turns into a strong, flexible rubber overnight.

Why it matters: This self-setting material allows people to "hack their products" -- modifying, fixing, and generally making regular objects better. Added to that, Sugru is waterproof, adhesive, and heat-resistant.

4. The ace forecaster
Who: Kathryn Myronuk, Director of Research at Singularity University

Big idea: Described as a "knowledge sommelier" by WIRED magazine, Myronuk helped create Singularity University in Silicon Valley -- an organization devoted to studying how different technologies will affect the world over the next decade.

Why it matters: Myronuk's focus is on unearthing and forecasting the truly high impact ideas that will shape our futures. She specializes in rapidly changing technologies.

Big idea: Foodini -- a 3D printer that creates everything from pasta, to burgers, and macaroons. Users simply load the ingredients into steel capsules, and watch them squeeze out as complete meals.

Why it matters: This clever kitchen appliance brings together the worlds of design, food and technology.

6. The biotech whiz
Who: Nina Tandon, CEO and co-founder of EpiBone

Why it matters: This pioneering technology uses a patient's own stem cells to construct a defect-free bone graft to correct that patient's specific bone problem. It aims to provide bone grafts that will provide exact defect repair and shorter recovery times -- all without the complications of foreign body implantation.

Why it matters: By virtue of being web-based, it is greatly economical and has reduced the high costs associated with research spending.

More: The first 'troll-proof' website?
Hi, I am fond of doing researches on *link removed pending review* and related drugs. I am happy to discuss with you from scientific groups and would like to share my topics and views on medical herbs.
Top
Post Reply
1 post • Page 1 of 1

Return to “Science and Technology”